Stay Up to Date

The experts at DIrect Commerce are always talking about S2P hot topics. Check back often or subscribe for the latest news and information.

Don’t Be Afraid to Champion Success.

Find out how Gordon Food Service transformed its AP department through a strong commitment to automation.

It’s one thing for us to say how great Direct Commerce solutions are, and quite another when one of our clients does the talking. We were honored when Jeff VanDyke, Director of Shared Services at Gordon Food Service (GFS), enthusiastically agreed to tell his AP Automation success story in a special client webinar.

You can watch the webinar on demand and this post will cover some of the highlights, but first you should know how important it is to have a champion like Jeff when it comes to any initiative that changes old ways of doing things. Having a person, or team, with a clear vision of where they want things to go—combined with a thorough understanding of where the business and its processes currently stand—is a critical success factor.

When Jeff first came to Direct Commerce for help with his AP Automation initiative, his team was using cumbersome, manual processes that frustrated suppliers and put an undue burden on personnel. Cryptic handwritten notations were the norm. Suppliers had to hang on to documentation for weeks and decipher it later when a check arrived. 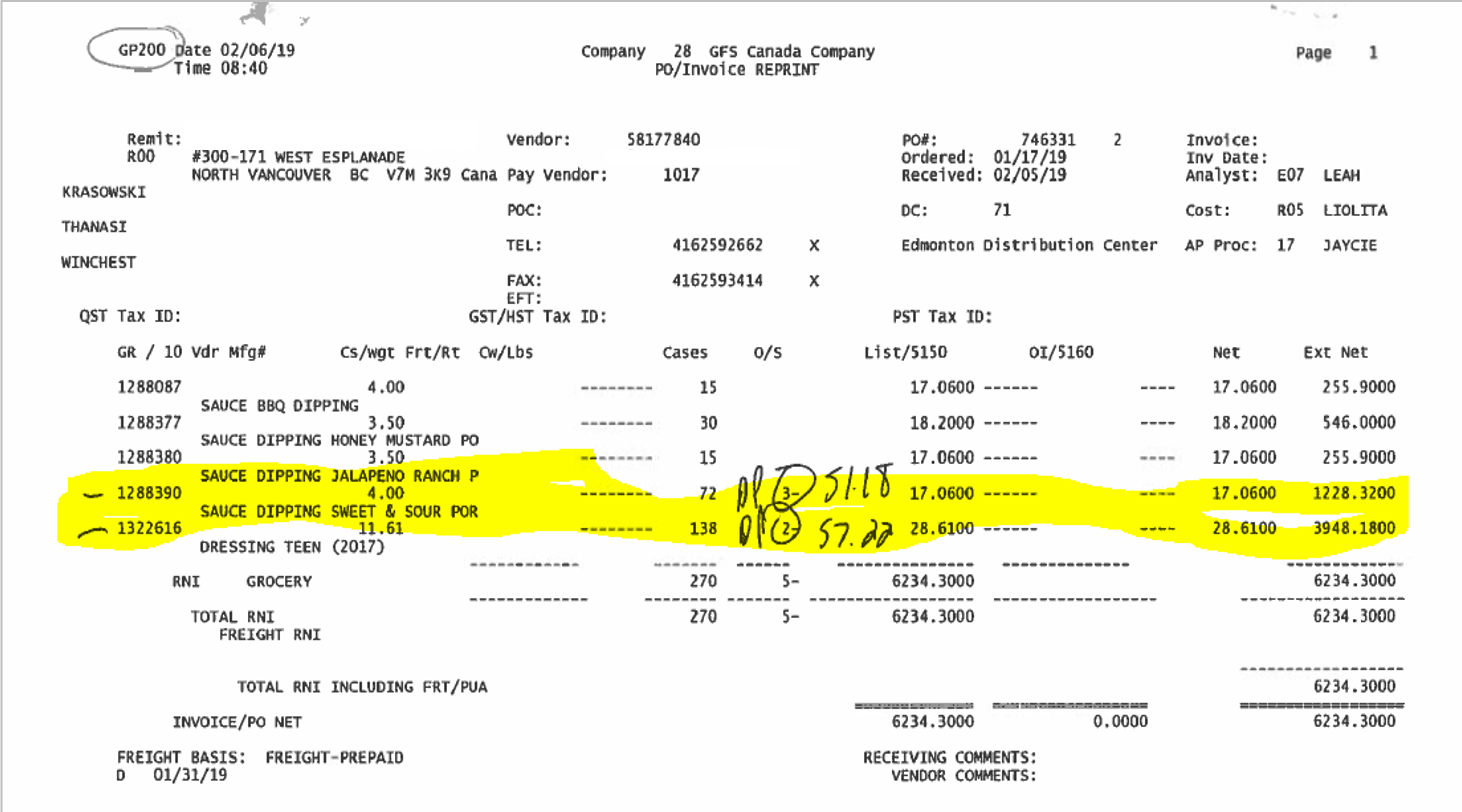 The old way of doing things at GFS was cumbersome and frustrating.

Adding to the frustration was the time it took the GFS AP team to respond to supplier emails. Before Direct Commerce started working with GFS, thousands of piled up emails were left unanswered for up to four months. During our engagement things got worse as suppliers had questions and concerns about submitting electronic invoices through a new portal, but Jeff refused to let his doubts get in the way of leading his team through the turbulence. Now the GFS AP team has no backlog to contend with. Today, supplier emails are answered pretty much when they’re received. 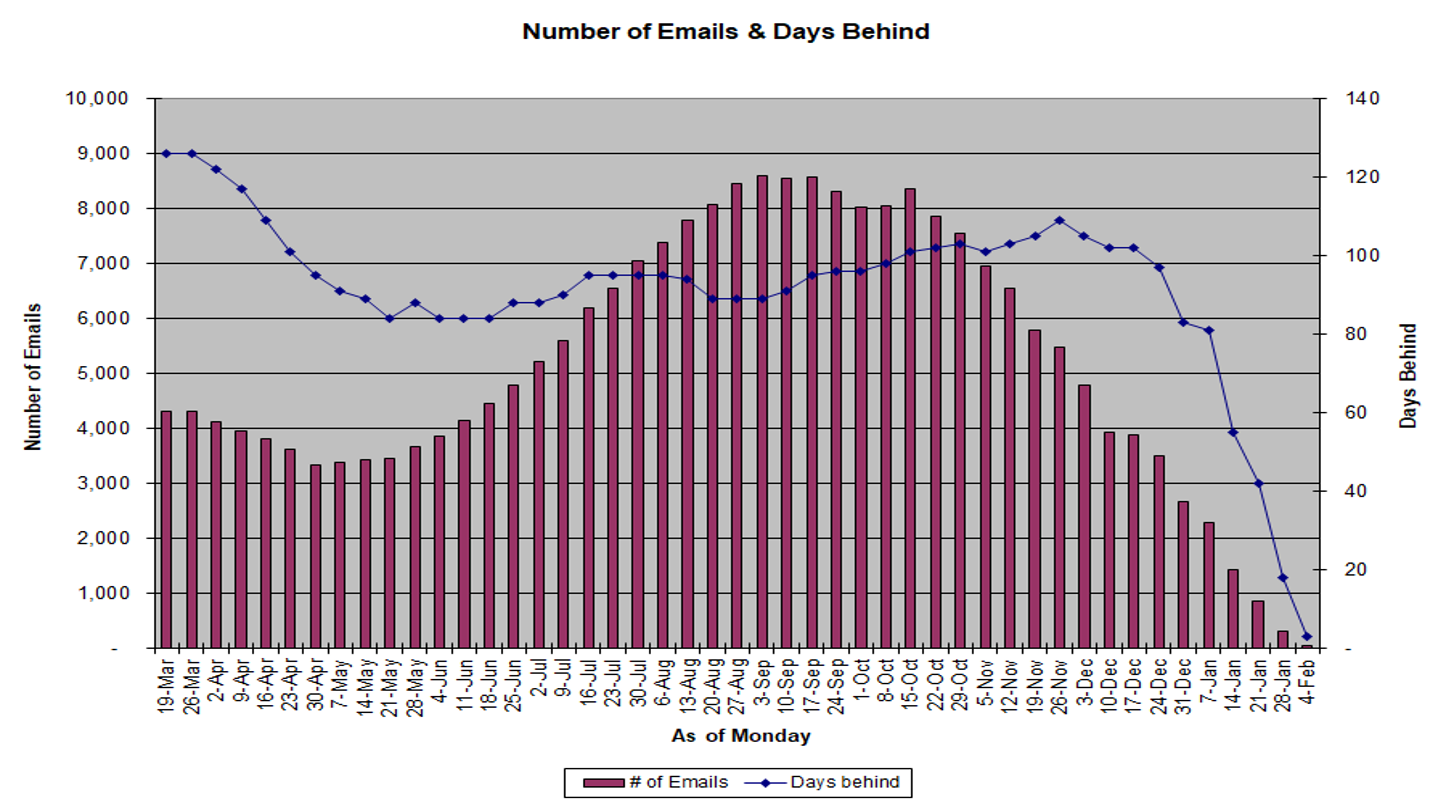 The burden on the GFS AP team was significantly reduced as suppliers became comfortable with eInvoicing and a new supplier portal.

In the webinar, Jeff says that as tough as the change management process can be, it’s worth it in the long run. By the end of the next fiscal year, GFS expects to have greater than 94% of its supplier invoices submitted electronically—up from zero when we started working together.

Jeff also shares a list of the benefits he expected his team—and his suppliers—to receive from AP Automation before he started the process (see below). Ranging from the ability to review invoice status to a cultural shift from invoice processing to issue resolution, all of these projected benefits were achieved.

All the benefits anticipated by GFS, for suppliers and internal personnel, were achieved through a partnership with Direct Commerce.

These benefits led to an amazing transformation at GFS. Because Jeff championed success in his organization, our partnership has achieved incredible results like these:

Get Inspired to Make a Change

For Jeff, and frankly for all our other clients, the bottom line is that AP Automation significantly expands the working capital opportunity. It may require some effort to get suppliers used to a new way of working, but when you show them it’s in their interest as well as yours, they’ll be grateful to you for making the change.

During the webinar, we asked attendees where they were at with regards to AP Automation. Most attendees (74%) said they either didn’t have an AP Automation solution (19%) or failed to get more than 50% supplier adoption (55%).

By the end of the session, however, 79% of webinar attendees said they were inspired to focus on one or more elements of AP Automation to drive efficiencies and savings. These include powerful, transformative solutions like eInvoicing and Dynamic Discounting, and more general process improvements related to workflow and dispute management.

Webinar attendees were inspired to focus on the transformative aspects of AP Automation.

The benefits of AP Automation are real and can have a tremendous impact on an enterprise’s bottom line. If you’d like to partner with us and champion success in your organization like our friend Jeff VanDyke, be sure to watch the webinar. You can also learn more at directcommerce.com or contact us directly at sales@directcommerce.com.

Get the latest information on S2P innovation

Tap into Our Expertise

Transforming S2P requires a trusted partner who can keep you moving forward. Direct Commerce has earned its reputation as the global leader in S2P, and we’re eager to provide you with the most valuable services and solutions available. Get the Latest Information on S2P Innovation